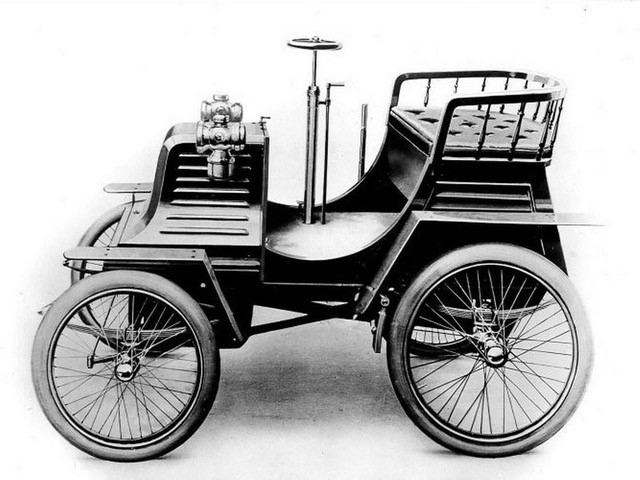 Bell Court will celebrate a significant chapter in local motoring history when it hosts a special exhibition of Riley cars including a replica of the very first model from 1898.

The display, which is a new feature of this year’s Stratford Festival of Motoring, also marks the Coventry car manufacturer’s inaugural journey from Coventry to Stratford and will represent a timeline of the Riley story.

Organised by volunteers at The Riley Archive Project Charitable Trust, visitors to Bell Court will also get the chance to learn more about the iconic brand as well as enjoy a rare chance to see the Voiturette replica on public display since its build completion. Eighty-six-year-old Victor Riley, the grandson of the company’s founder William Riley, will also be on hand to answer questions and share his stories of the family business.

The free Festival returns to the town centre on Bank Holiday weekend Saturday April 30th – Monday, May 2nd, bringing more than 300 vintage, classic and super cars as well as a host of family entertainment.

It was Victor Riley’s father – also called Victor – and his uncle Percy who made the ground-breaking. . . .

three-hour return trip to Stratford in the Riley Voiturette in 1898. And it’s a replica of this car that will share the stage with eight Riley models from across the decades, culminating in the 1969 Elf.

Victor, now based in Shrewsbury, recalls: “When my father used to tell this story, he freely admitted to breaking the speed limit, which was only about 12 mph, because there was no one about in those days!”

Still a proud ambassador of the family brand, he added: “The Riley car was never mass-produced, it was built by craftsmen and it had an elegance in its design that made it that little bit different. It also enjoyed huge motorsport success which excited crowds all over Europe. To sum up you could say it was for the discerning buyer.

“I think my uncle Percy, if asked how is it that these old cars are still going, would say ‘well, we built them properly!’ He wouldn’t be at all surprised that they are still running.”

Riley’s roots were in bicycle manufacturing. The business started out as the Bonnick Cycle Company of Coventry in 1890, cashing in on the new craze of cycling sweeping Britain at the time.

Seeing its business potential William Riley Jr, who was originally involved in the weaving industry, bought the firm and was soon to produce its first automobile thanks to Victor’s uncle Percy, the inventive genius of the five Riley brothers.

The Riley company expanded considerably throughout the 1920s and 30s, going on to produce a huge range of models including, in 1926, the ground-breaking high-revving Riley 9 engine – highly regarded as the most significant engine development of the era.

Riley then also quickly went on to gain an enviable reputation in the motor racing world.

Victor’s lifetime ambition to preserve the history of his grandfather’s eponymous car firm was finally realised in September last year when, following a delay caused by the pandemic, The Riley Archive Project took up residence in a unit at Coventry Canal Basin – a stone’s throw from the old Riley factory.

“The plan is after the Stratford event we‘re going to permanently display the replica in the Archive at Coventry Canal Basin so people will be able to drop in and look at it. It will be a real asset to have there,” added Victor.

The Festival of Motoring, including the Bell Court’s Riley exhibition, takes place between 10am and 5pm daily. Further information and tickets are available at: https://www.eventbrite.co.uk/e/stratford-upon-avon-festival-of-motoring-2022-tickets-289567212327

More information about The Riley Archive Project can be found at: https://rileycarsarchive.org/

For further Information or to arrange an interview with Victor Riley contact: